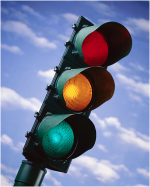 September 25, 2013 (El Cajon) --  El Cajon's City Council has given a green light to getting rid of red light cameras, voting on Tuesday to shut them down permanently.

Back in February, El Cajon’s Council voted to temporarily halt using the city’s 10 Redflex red light cameras while a six month study was conducted to see if there was any impact on safety. The cameras have been covered up since February 27.