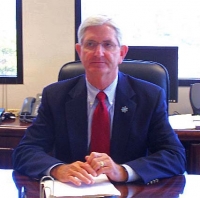 Hear our radio interview with Sheriff Bill Gore on the impacts of this decision: http://k002.kiwi6.com/hotlink/xp8o8x2sl7/sheriff_gore-prisoners-final.mp3

October 1, 2013 (Sacramento) – A three-judge panel has denied Governor Jerry Brown’s request for a three-year postponement of a federal court order to release or transfer prisoners to ease overcrowding.  Instead, the judges gave the Governor a mere 30-day extension and further prohibited California from shipping prisoners to out-of-state private prisons, though transfers to local county jails with space will be allowed.

In an interview with East County Magazine’s radio show on Friday, Sheriff Bill Gore said California has among the highest recidivism rates in the nation at 72%.  The state is “just warehousing people” he said. Instead, he believes the state should have rehabilitation programs such as drug and alcohol rehab, literacy, anger management, education and job training to give prisoners a better “chance of succeeding when they get out” by getting employment and not committing new crimes.   Such programs have been rolled out locally.