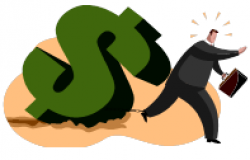 October 16, 2013 (San Diego’s East County) – If Congress and the President don’t pass a spending bill and raise the debt ceiling, tomorrow the United States will default on its debts for the first time in our nation’s history.

The heads of the U.S. Chamber of Commerce representing businesses, the AFL-CIO representing labor unions, and the nonprofit United Way have all urged Congress to end the shutdown and avoid a default.

If the nation defaults on its debts, economists warn this could trigger a stock market crash, soaring interest rates, and a global recession.  The U.S. would be unable to borrow money and would be able to spend only cash on hand creating an uncertain future for all who rely on federal money, including Social Security and Medicare recipients.  Foreign creditors could seek to cash out their U.S. bond holdings, leaving the government unable to pay its debts.    Standard and Poors has downgraded the U.S. credit rating in reaction to the stalemate in Washington, CCN.