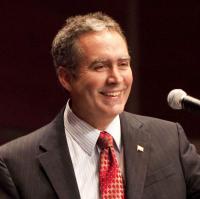 October 18, 2013– Former Congressional candidate Ray Lutz of El Cajon was arrested in November 2011 for attempting to register voters at the Civic Cente Plaza downtown.  This week, Lutz announced he has entered into a settlement with the City in which his arrest record will be expunged and the City will agree not to arrest people in the future for peaceful political activity in public spaces of private property.

"Our goal was to send a clear message and require that the city admit they were wrong. This is about as close to an admission of guilt you can get from the city. We want to make sure this never happens again,” said Lutz.