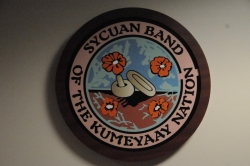 Read our prior story about the debut of Sycuan's documentary

June 30, 2014 (El Cajon) – Sycuan’s “Our People. Our Culture. Our History” film has been honored with a 2014 EMMY® Award, Pacific Southwest region, for outstanding achievement in television. The acclaimed documentary has also received a prestigious Gold CINDY® Award in the Regional Broadcast category and a Special Achievement Award for Direction and Production Design.

The 48-minute program tells the story of Sycuan and the Kumeyaay Nation through the words of its people - Tribal elders, Council leaders, family members and the next generation. Augmented by incisive observations from Native American historians and a range of subject matter experts, this documentary follows the incredible 12,500 year journey of a People who has survived against overwhelming odds to become a sovereign, prosperous nation who continues to honor its past while building its future and positively impacting their community. 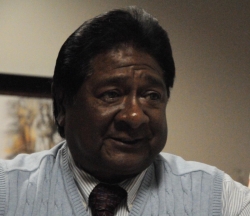 Production Details Kumeyaay History and Sycuan’s Evolution in the Region

November 6, 2013 (El Cajon)-- On Friday morning, Sycuan will debut a historical documentary that chronicles its 12,000-year existence in the present-day San Diego/Northern Baja region. It’s taken 16 months to produce and features local Native American anthropologists, historians and curators who help weave and trace the Kumeyaay ancestry. It also contains biographical accounts that make it an even more compelling and thought provoking piece.

“It really shows our history from a perspective that most people have never heard of, it goes beyond anything in textbooks and accounts ever written or told about the Kumeyaay and Sycuan,” said Daniel Tucker, Chairman of the Sycuan Band of the Kumeyaay Nation.