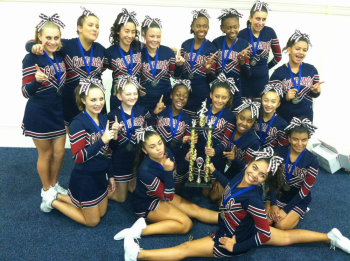 Steele County Mitey Mitey Cheer is also going to Nationals in Florida after beating out six other California and Florida teams at Regionals.