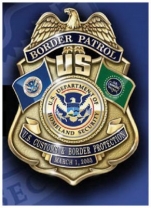 January 1, 2013 (Pine Valley ) – Steven Brian Keith, 58, died in a holding cell on Christmas morning shortly after midnight  after being detained for possession of three pounds of marijuana at a Border Patrol checkpoint near Pine Valley.  A pipe with methamphetamine traces was also found in the trunk.

According to the County Medical Examiner, Keith was found unresponsive in his holdng cell. Paraemedics were summoned and CPR was initiated, but he failed to respond.