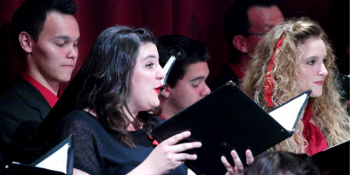 While Bach maintained a backbreaking schedule producing weekly cantatas for his church, the motets sung at St. Thomas were likely taken from the Florilegium Portense, two volumes of early 17th-century compositions which Bach is known to have procured for his choirs, containing the music of Hassler, Lasso, Gabrieli, and others--some of the popular works of his day. These performances will explore motets contained in the Florilegium Portense, including Bach's own motets Komm, Jesu Komm and Lobet den Herrn. In addition, contemporary works by Copland, Lauridsen, Whitacre, and Montoya are on the program.