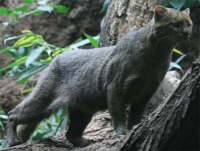 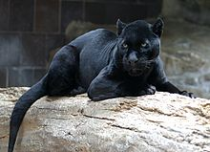 January 22, 2014 (San Diego’s East County)--A rash of sightings of large black wildcats have been reported in East County, most recently in Spring Valley.  While thus far no one has captured photos of the animals, the growing number of sightings from seemingly credible sources—including an East County Magazine reporter, raises some intriguing questions.

Most recently, on January 5, Southwestern College language and literature professor Dan Moody told ECM that his mother, Dee Moody saw a jet-black, large cat that weighted at least 60 pounds walk across an open field behind her Spring Valley house on January 4 -- in broad daylight.