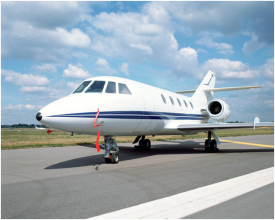 February 1, 2014 (San Diego) – A proposal to require background checks on foreign pilots training at local airports, including Gillespie Field in El Cajon, will be heard by San Diego Supervisors at their Wednesday meeting at 9 a.m. The meeting will be held in the County administration building, 1600 Pacific Coast Highway.

Two of the Al Qaeda terrorists who flew planes into buildings in the 9/11 attacks in 2001 had flight training at Montgomery Field in San Diego.