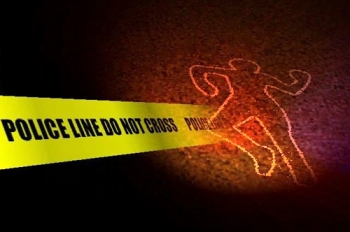 March 9, 2014 (Alpine) –Sheriff’s deputies received a report shortly before 5 a.m. today of a body found by a Sweetwater Authority employee. The body had been set on fire and was still smoldering when found on a dirt road off Sequan Truck Trail in Alpine, said Lt. Lt. Glenn Giannantonio with the Sheriff's Homicide unit.