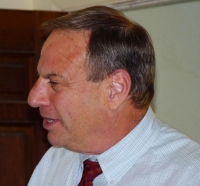 March 13, 2014 (San Diego) – Mayor Bob Filner was the latest of several San Diego mayors who resigned under public pressure. Filner pled guilty to a felony count and two misdemeanors following a long string of complaints by women alleging sexual harassment. But there was no legal requirement for a disgraced or disabled mayor to leave office, under San Diego’s Charter. In fact, the charter allows removal of a Mayor or other city official only through death, resignation or recall.

Now the San Diego County Grand Jury wants to see that changed. Today, the Grand Jury issued a report recommending that the City Council identify additional reasons for removing a public official and place a proposal to amend the City  Charter on the ballot for voters to decide in a future election.