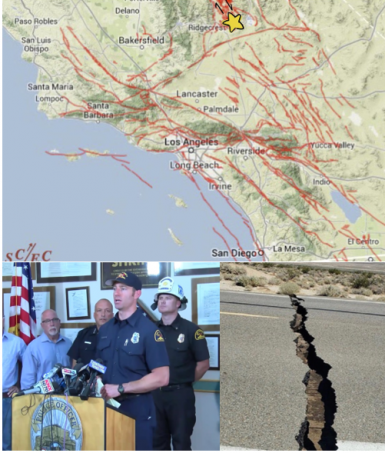 September 30,2016 (San Diego) –Following a swarm of recent small magnitude earthquakes that began on Monday near the Salton Sea in Southern California, the California Office of Emergency Services (OES) has issued an advisory that there is a small chance that an earthquake measuring 7.0 or  more on the Richter scale could occur on the San Andreas fault before October 4.