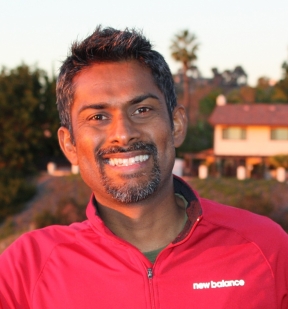 September 21, 2017 (Lemon Grove) – On Oct. 5 at 7 p.m., the 40th season of "History Alive" continues in the H. Lee House, 3205 Olive, Lemon Grove, when Roberta Bulling and Prabakar Mahalingam (photo), leaders of the Baha'i faith in Lemon Grove, present the fascinating story of this major religion and its links to U. S. history.

February 4, 2010 (El Cajon)—On February 7, East County Bahá’í members will join supporters around the globe in offering prayers for Baha’i leaders in Iran, known as the “Yaran,” who have been held in prison for nearly two years for their religious beliefs.

The gathering will be held at 1:30 pm at the Rancho San Diego Branch Library, 11555 Via Rancho San Diego, in El Cajon. Relatives of Mrs. Kamalabadi, one of the prisoners, will be present for comment. The Baha’i community asks people of all faiths to “join in prayers and show their support for religious freedom.”