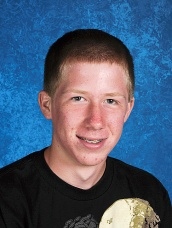 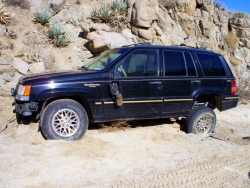 “Thanksgiving weekend is the busiest of the year. Tens of thousands of people were in the desert…It’s likely someone would have come across him. If it was at night and he was on foot, someone could have given him a ride.” -- Detective Patrick Yates

February 25, 2010 (San Diego’s East County) - Grounded for stealing his stepfather's motorcycle and going joyriding November 20th in a Riverside County park, 16-year-old Mickey Guidry (also called Mike or Mikey) took his parents’ blue Jeep Grand Cherokee SUV on Thanksgiving to join friends who were camping at 5454 Split Mountain Road in Ocotillo Wells. He left camp at 3 p.m. on Friday, November 27th—and hasn’t been seen since. Now ECM has learned that this wasn't the first time the teen has gone missing. Sheriff officials are treating the case as a runaway.

But the boy's mother, Missy Perucca, believes her son made it out of the desert alive and may now be living elsewhere--and hopes he didn't meet with foul play.  "I just hope someone somewhere knows something and reports it to the police so we can finally have a direction to go in," she said.