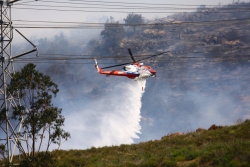 Senate Bill 1258 would create a 4.8 percent fee on home and commercial insurance policies that would be used for purchasing fire trucks, ambulances, fire fighting helicopters, and hiring more firefighters and other emergency responders.