January 15, 2012 (Scripps Ranch) -- The FBI and San Diego Police Department are seeking the public’s assistance to identify the man who committed a takeover robbery of the California Coast Credit Union, 9835 Mira Mesa Boulevard, in Scripps Ranch this morning at 10:30 a.m. 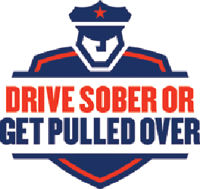 December 27, 2011 (San Diego County) -- The Winter Holiday Anti-DUI crackdown has resulted in more driving under the influence (DUI) arrests from local traffic enforcement and special Avoid the 14 DUI deployments over a two week period in San Diego County. In the past 11 days, from 12:01 a.m. Friday December 16th through midnight, Monday December 26th, deputies/officers representing 14 County law enforcement agencies booked 534 people for driving under the influence of alcohol or drugs.  In 2010, 444 DUI bookings occurred during the same time period. This is an increase of 20%.

May 30, 2010 (San Diego’s East County) – A hawk flew into power lines today in Mira Mesa, igniting a fire that briefly threatened homes. The fire is now extinguished. This evening, Cal-Fire is at the scene of a small fire started by a riding lawn mower on Haverford Road in Ramona. The fire is surrounded and is expected to be out soon.