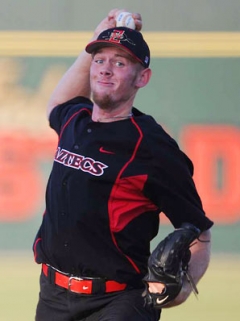 Fans got what they hoped for and more as Strasburg's performance lived up to the hype that preceded it. Nationals Ballpark in Washington D.C. was sold out with 40,315 in attendance to see the Nationals play the Pittsburgh Pirates and witness what may prove to be one of the team's historic moments.
A look at Strasburg's statistics shows a game of dominance and efficiency. Over seven complete innings, he struck out 14 batters, gave up no walks and threw only 94 pitches, 65 of them for strikes. His velocity reached 100 MPH, but a healthy dose of off-speed pitches kept Pirates hitters off balance for much of the game.