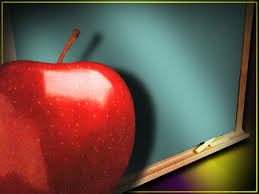 November 1, 2010 (Alpine) - The Alpine Community Network has compiled links to articles about Alpine School Board candidates. Below is the Network's helpful information for Alpine voters.

October 9, 2010 (Alpine) - The ACLU has filed a lawsuit to protect Chris Neucomb's right to run for Alpine School Board. He was appointed to fill a vacancy and is running for re-election. A retired naval officer, now a federal employee, he is barred by the Hatch Act from partisan political activities. California school board elections are nonpartisan, and Neucomb is campaigning in a nonpartisan manner. Yet the U.S. Office of Special Counsel has warned it may find him in violation and declared that “a nonpartisan election could become partisan” if any candidate in the race seeks or advertises a political party's endorsement.

If found in violation, Neucomb could be forced to withdraw from the race, resign his federal position, or face enforcement action. He is asking a federal court to protect his First Amendment right, and asked that we publish his open letter to voters.