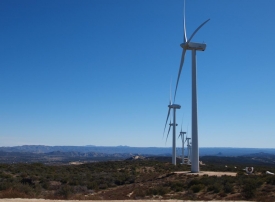 January 28, 2011 (San Diego’s East County) --East County residents who oppose a growing collection of industrial wind turbines proposed near rural residences have discovered that they have much in common with wind farm neighbors in the United Kingdom, Australia, Germany, Japan, Canada and other parts of the United States. Residents who have lived near windmills for years are now publicizing impacts to health and property values.

In fact, a standing-room-only crowd got an earful on those impacts last Wednesday, when experts from Illinois and Canada discussed them at the Boulevard Fire Station.