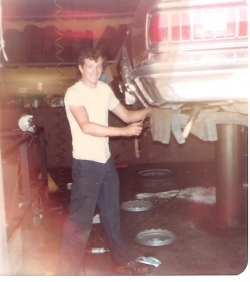 June 6, 2011 – James Johnson, a cab driver who survived a violent assault by Michael Eugene Richardson,  has shared details of his harrowing ordeal with East County Magazine. Richardson, a Poway auto shop owner, will soon face trial for the murders of his wife, Thao Richardson, his mother-in-law, Phan Lai, and a former girlfriend, Jovita Collaza.

Johnson had his fateful run-in with Mr. Richardson in 1975 while as a cab driver in North Carolina. Richardson shot Johnson multiple times, including once in the face. Johnson’s tale reveals the ruthless nature of Richardson, then 22, who had been discharged from Pope Air Force Base three months before the attack.