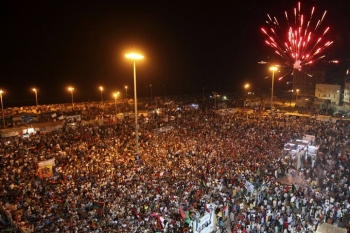 “An amateur league of ill-trained rebel fighters appeared to be on the bring of toppling Moammar Gadhafi’s 42-year rule Monday after capturing two of the leader’s sons and infiltrating the Libyan capital, “ CNN reports.