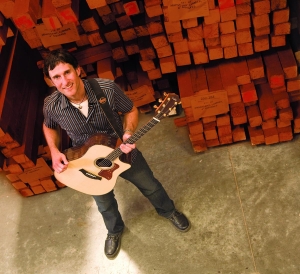 By Sierra Robinson and Miriam Raftery

June 18, 2012 (San Diego) -- After United Airlines’ baggage handlers broke the neck of his Taylor guitar, Dave Carroll didn’t just get mad--he got even.

Carroll wrote and starred in a music video that has now had over 12 million hits on Youtube.  Titled United Breaks Guitars, the video uses humor to illustrate the troubles Carroll went through trying to get compensated for his loss. Its success has been hailed as a model of how one person can make a difference by using social media.

Carroll battled United Airlines for nine months, getting no satisfaction.  He then decided to make the video, which swiftly became an Internet sensation. As a result, Carroll has gone on to a new career as a speaker advising corporations on the importance of customer service in today’s Internet era. Next up, a book authored by Carroll will soon hit store shelves.

After the video was posted, United offered him a flight voucher equivalent to the cost of his custom guitar, but Carroll declined.

“He told them he didn’t put the video up to get the money…it was about making a point,” Jill Carroll, his wife, told ECM.  United donated the funds to a charity instead.

Interestingly enough, four days after video was posted online, United Airlines’ stock price fell 10%, according to The Times in London. This cost stockholders around $180 million in value.

Carroll has since made two more related videos. However, his newest project has been his book, Uniited Breaks Guitars: The power of one voice in the age of social media. 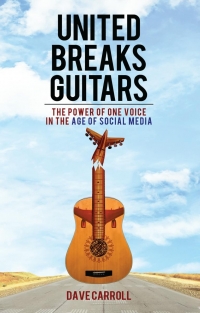 Bob Taylor, owner and founder of  the world-famous Taylor Guitars in El Cajon, donated two new guitars to Carroll following the incident and has praised the impact of Carroll’s video on the company’s business.

“Dave Carroll’s United Breaks Guitars is a brilliant use of social media,” said Taylor. “The exposure we gained from the message, well placed, was essentially free and had a very positive effect on our brand and our business.”

For more information, visit www.UnitedBreaksGuitars.com and view the video at http://www.youtube.com/watch_popup?v=5YGc4zOqozo .

Just wanted to let you know that your are doing a fantastic job. Thanks for everything guys!

Guitar Music has become one of the different way of music band. It really rocks, even one of my friend plays guitar in different shows. youtube likes.