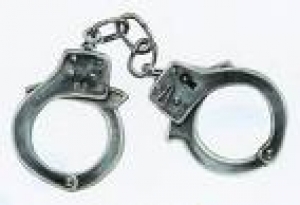 March 25, 2021 (El Cajon) – El Cajon resident Reeta Mansour, 19,  has been arrested and charged with gross vehicular manslaughter, felony hit and run, and reckless driving causing injury or death. The charges stem from a crash on March 12th on South Anza Street in which Mansour allegedly struck and killed a pedestrian, also hitting a parked car.

Officers responded shortly before 10 p.m., along with paramedics, to a report of a vehicle striking a parked car.  The officers found a pedestrian in a yard nearby who allegedly had also been hit by the vehicle. The victim was pronounced dead at the scene.

Mansour has been booked into the Las Colinas detention facility for women.

“Based on the investigation it appears that Mansour was traveling at least double the posted speed limit of 25 miles per hour,” says Lt. Jason Taub with El Cajon Police Dept.

He adds, “The El Cajon Police Department has also received additional complaints of excessive speed in the area and will be aggressively increasing speed-related enforcement.”

During April 2021, the El Cajon Police Department will be staffing additional officers to enforce speed-related traffic violations. The California Office of Traffic Safety will be funding a portion of this detail through overtime monies for patrols with emphasis on awareness and education of primary causes of crashes: excess speed, failure to yield, failure to stop at stop signs/signals, and improper turning/lane changes.

“Through education and behavior changes, we hope to create an environment that is safe and equitable for all road users in our community,” Lt. Taub states.

strangely, i also feel sorry for the girl. my dad when he was younger was such a good driver, always explaining what he was doing to make sure i was safe when i got a license of my own. i am a very defensive driver; i am very blessed. Lord be with the family, friends and acquaintances of the person killed, and be with our children, and impress upon them how and why to stay safe.