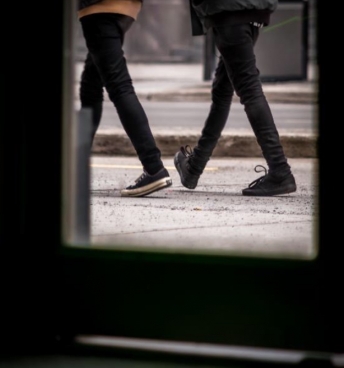 Photo by David Larivière on Unsplash

November 25, 2018 (San Diego) - Drug cartels are using teens to smuggle a variety of contraband across the border. But once a teen has been caught at the border smuggling drugs and is on the law enforcement radar, drug cartels use them for another illegal purpose: recruiting.

By taking advantage of recruiters’ access to their young relatives, classmates, and friends, criminal organizations are able to tap into the naiveté and cheap labor of teens to smuggle high-potency drugs such as fentanyl and methamphetamine across the border.

Teens who turn into recruiters are still committing a crime. “Just because you are not smuggling drugs does not mean you are not criminally responsible,” said Mary Loeb, a juvenile prosecutor in the San Diego County District Attorney’s Office. “Juveniles who try to convince their peers to smuggle drugs on behalf of dangerous cartels can still face legal consequences.”
Recruiters and smugglers alike are often kids who are socioeconomically disadvantaged. They can easily be enticed by promises of money, clothes or electronics if these are sought-after items that would normally be out of their reach. Sometimes, however, it is the persuasion of a lifestyle centered on prestige, partying and social status that appeals to teens. “Drug cartels are falsely promising easy money and protection, but there is nothing easy or safe about this lifestyle,” said Loeb.
Teens most commonly use schools as recruiting grounds, but can also spot potential smugglers on public transportation, libraries, clubs, at the border or in Mexico.
Recruiters also use social media, gaming consoles and chat rooms to recruit their peers.
Although teens may tap into their own friend and family network, they also may target a peer whom they think can be easily tempted by money or social status, or one who is a latchkey and often alone, especially when traveling at the border.
To curb the rise in juvenile drug smuggling and alert teens to its dangers, students and parents from all over San Diego County are invited to attend a multi-agency presentation at the Chula Vista Library on November 15 from 6 – 8 p.m. Representatives from several federal and local law enforcement agencies will provide facts, real life stories, resources and alternatives to prevent juvenile drug smuggling.
“It is vital that we inform our youth that smuggling drugs has dramatic consequences,” said Loeb.
Law enforcement also encourages parents to know who their kids’ friends are and who they are hanging out with in person and online. Parents should pay particular attention to when they are crossing the border and with whom.
Anyone with concerns about a teen being recruited to smuggle is encouraged to call the local DEA office at 858-616-4100 or submit a tip to the Drug Enforcement Administration’s website at www.dea.gov.

Kids are often quite emotionally vulnerable at this age, and logic is a distant thought. It's sad that nefarious people take advantage of these youngsters.