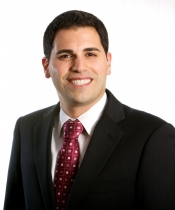 “We are confident that with the continued support of the citizens of San Diego, we will not only be able to give a hope to the hopeless, but a state to the stateless.” -- MarkArabo

September 9, 2014 (San Diego) – Congressman Juan Vargas is introducing a new bill that would grant asylum for religious minorities displaced by the ISIS, or Islamic State, terrorists in Iraq.