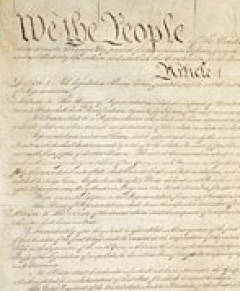 by Joel A. Harrison, PhD, MPH

Congress shall make no law respecting an establishment of religion, or prohibiting the free exercise thereof (1st Amendment, US Constitution)

September 8, 2015 (San Diego)-- A Kentucky county clerk, Kim Davis has become a symbol of religious opposition to same-sex marriage after she was jailed Thursday for defying a federal court order to issue licenses to gay couples, the Union-Tribune reported.