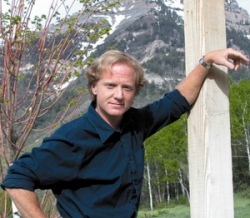 July 13, 2012 (San Diego’s East County) –  A premiere screening of  Watershed, will debut at the Water Conservation Garden at Cuyamaca College on July 28 at 8:15 p.m.  Tickets go on sale today.

The film tells the story of threats to the once-mighty Colorado River—and offers solutions for the future of the American west.   It is produced by the Redford Center, established by actor Robert Redford.

A panel of experts will also be on hand for a discussion following the screening.  As the most dammed and diverted river in the world struggles to support 30 million people and the Colorado River Pact reaches its limits, Watershed offers hope.

Tickets cost $15.  For more information, including a preview clip of  Watershed, visit www.thegarden.org.