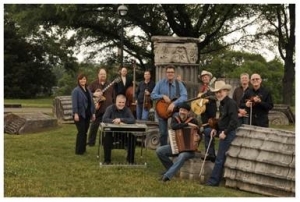 September 6, 2015 (Escondido)-- The California Center for the Arts, Escondido will present The Time Jumpers, an assemblage of some of Nashville's most gifted musicians performing at the Center on Tuesday, September 29. Led by 20-time GRAMMY® winner and Country Music Hall of Famer Vince Gill, as well as Kenny Sears and Ranger Doug Green, The Time Jumpers quickly developed a monumental following while earning four GRAMMY® nominations. With unprecedented talent and a strong affinity for western swing, the group continues to expand the richness and vigor of country music.