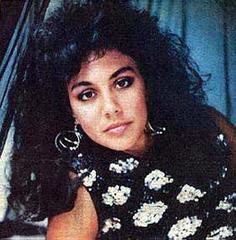 On October 9, 1987, road crews found Moffitt's body in a ditch along Blossom Valley Road in El Cajon. Investigators at the time discovered she had worked as a prostitute in the San Diego and Portland, Oregon areas. Moffitt's death was ruled as suspicious.

No arrest has ever been made in Moffitt's murder.

If you have any information on the murder of Diana Gail Moffitt, call the Sheriff's Homicide Detail at (858) 974-2321.