October 2, 2016 (Jamul) – You’re invited to join Maness Vineyards and Highway 94 Wineries to celebrate the Fourth Annual Trail Blazers Awards Ceremony at Cottonwood Golf. Awards will be presented during the San Diego East County Chamber of Commerce’s “Toast to East County” on October 22 from 12 to 4 p.m. 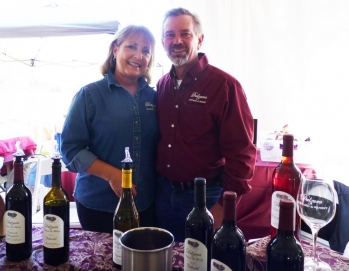 Speaking of honey, Pearson Brothers Winery of Dehesa served up Honey Saccharo wine made without grapes.  Other vintners offered up samples of more traditional vintages, from cabernet to chardonnay.  Rock Canyon poured its latest offering, a dessert port-like wine, while others showed off new varieties for the region such as a Malbec. Plus awards were presented for trailblazers in our region's fast-growing winemaking industry.