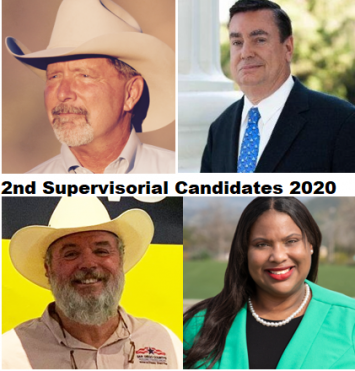 Update:  Lemmon has opted not to run.

May 30, 2019 (San Diego’s East County) – Stepping down due to term limits in 2020 after 28 years, San Diego County Supervisor Dianne Jacob leaves some big shoes to fill.  Four candidates, two Republicans and two Democrats, have thus far announced plans to run for the 2nd Supervisorial district, which covers 2,000 square miles encompassing the eastern two-thirds of the county.

The contenders for the ostensibly nonpartisan race are Poway Mayor Steve Vaus and former State Senator Joel Anderson, both Republicans. Democrats Tom Lemmon, a labor leader who heads up the San Diego Building and Construction Trades Council, and Kenya Taylor, a mental health counselor and NAACP board member, are also in the running.

Below are highlights of their backgrounds and goals if elected, as well as analysis of the challenges each may need to overcome to win the race.