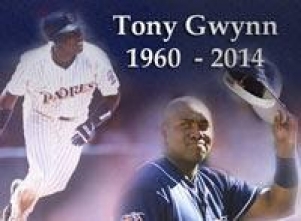 April 3, 2021 (San Diego) – One day after Major League Baseball announced that the 2021 All Star Game will not take place in Georgia to protest the state’s new law restricting voting rights, an effort to move the All Star Game to San Diego is underway.

Gwynn and Harris sent a letter to Robert Manfred, CEO of Major League Baseball (MLB) applauding his decision to take a stance for voting rights and move the All Star Game out of Georgia.

They also urged him to move the All-Star Game to San Diego, citing California’s record of making voting easily accessible to voters.

"Today's decision by the MLB to remove their All Star Game from Georgia demonstrates much needed courage and makes a huge statement that our country is not rewinding the clock back to a time when the playing field was not leveled,” their statement read. “Georgia's new legislation is oppressive and seeks to undermine the Black vote and democracy at work. The MLB is welcome to hold the All Star game instead in San Diego, CA because in California there are indeed many issues but voting rights and access to the ballot box isn't one of them. We welcome the big game to America's eight largest city."

The Georgia voter law, recently signed by Republican Governor Brian Kemp, severely restricts ballot access in the state and has been widely criticized by voting and civil rights advocates as intended to suppress minority votes, like Jim Crow laws of the past. It introduces barriers to voters to access and submit absentee ballots, limits voting hours, and even prohibits the distribution of water and food in voting lines.

The Georgia law also shifts control of state elections to the legislature instead of the secretary of state and gives partisan legislators more control over county election officials.

what we are going to do is boycott YOU! there are 80 million of us that say so!
Dear Michael. If you want to link to the sites you like. You need to state a comment regarding the link, or the story and how YOU feel. No copy and pasting, including links.