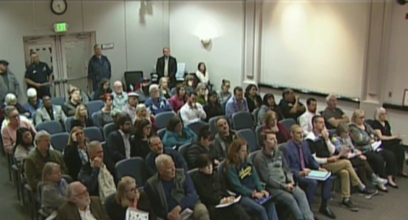 As reported last week, Council presented two ordinances intended to help mitigate the lack of safe and affordable housing in La Mesa and California as a whole. The ordinances are a response to a state mandate for cities to build more affordable housing. However some residents have voiced disapproval that the city measure goes beyond the state’s requirements.

Two weeks ago, public speakers were predominantly in support of the ordinances as written. This week, speakers seemed to suggest that was because only industry insiders were in the know about what was happening in City Hall.

Gene Carpenter began public comments at Tuesday’s meeting by lamenting City staff’s failure to make available the video from last month’s Council meeting in a timely manner. Carpenter suggested meeting videos be made available within 24 hours, especially when there are first readings of important ordinances. Carpenter further questioned how the Council could “expect robust public comment” when videos are not posted until days before the next meeting. 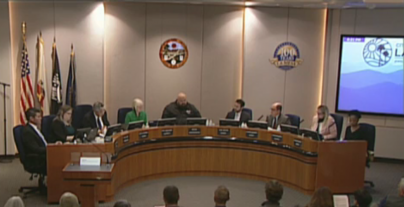 Aaron Amerling spoke in favor of safeguards such as owner occupancy and a limit on short-term rentals. Amerling also contrasted the open forums and discussions on the farmer’s markets with the seemingly little discussion on accessory dwelling units. To Amerling, parking was an important factor and he did not feel there was enough “resident involvement and community input.”

“Take a step back,” Marcia Tolin, a homeowner, pleaded. She reminded the Council that 98 percent of the city was developed, per documents she provided. She’s unsure of the “causes’ for the “urgency.” Tolin questioned if there would be a time when we will need to say, “We can’t take anymore.” Tolin emphasized people moved to La Mesa “for the quality of life.” Now, she feels “we have a shortage of police officers” which she worries will be exacerbated by a major influx of new residents both as a result of currently planned developments and the proliferation of Accessory Dwelling Units (ADUs) and Junior Accessory Dwelling Units (JADUs). She noted that the number of patrol officers has dropped by four in recent years. Tolin wants the city to “give this legislation the importance you gave the farmer’s market” by allowing more meetings and public input.

Conversely, local homeowner Jerry Jones agreed with the ordinances as written. The lack of a homeowner occupancy requirement, Jones argued, was a way “to acknowledge that communities evolve.”

Lynn O'Shaughnessy, a La Mesa homeowner, spoke strongly in favor of the ordinance. “If you think you know how your life will play out, you don’t,” O'Shaughnessy shared. She spoke candidly about her divorce. As a result, she was “financially insecure” and was interested in a granny flat to rent or live in. To her, it would not “be fair” if she could not rent it now in case she had to move, potentially for reasons outside her control.

Caitlin Bigelow runs an organization dedicated to helping people set up accessory dwelling units. Bigelow asserted, “Granny flats will never be a mass market solution” as a response to expressed concerns about the influx of new residents.  Bigelow claims people want these accessory dwelling units “for family” because they are “incremental [and] scalable.” It is nice “so many people have homes,” Bigelow stated, but “what about me, what about my friend, and your children?”

Councilmember Kristine Alessio began remarks by claiming the parking rules “were directly from the state.” It is unclear which aspect of the parking rules Alessio referred to. At the previous Council meeting, Alessio and Vice Mayor Colin Parent discussed the flexibility in defining public transit for the local ordinance and the Council agreed to waive all parking requirements, including for a small number of areas previously identified to require parking.

Councilmember Akilah Weber discerned there were “two main issues” that residents spoke about. The first was “transparency,” to which Weber agreed, “We probably should have done a better job” informing people. She claimed she was also “surprised to see the items on the agenda” at the last meeting. Weber asked if her colleagues would consider postponing the vote because the important thing is “for residents to be aware and have a voice” in the process.

Weber described the second issue, in her view. “We need to allow for families to stay together and help each other out.” She said it was “unclear” if the ordinance as written “would allow people to do that.” She expressed support for a homeowner occupancy requirement for only a certain number of years. Importantly, she wanted the Council to “listen to the residents” and provide for “more education for the community as a whole.”

Parent asserted the need to balance community concerns with “the [housing] crisis we’re facing.” Parent shared his experiences as a renter who could not afford to buy a home in La Mesa. Parent reminder Council and attendees that the matter would be reviewed in a year.

Alessio admitted they “dropped the ball in explaining it” but feels that the information is now out there. “In the future,” Alessio said, the city needs to do a better job.

The JADU ordinance, Parent explained, was a take-it-or-leave-it ordinance without the room for local discretion found in the ADU laws. Parent did reiterate that JADUs did require owner occupancy.

The Council discussed anticipated increases to the cost of sewer treatment. The most drastic increase was expected from the City of San Diego. Council scheduled a public hearing on the increase for May 14. Per Proposition 218, the council is required to submit noticed to anyone affected and those individuals must be given the opportunity to protest. The mailed notice has an attached protest form that can simply be filled out and returned any time up until the end of the May 14 public hearing.

The current priorities include rehabilitation efforts for Collier Park. A majority of the available funds are anticipated to be used to begin a second phase of rehabilitation which would include new restroom facilities, additional parking, and security updates. Baber recused himself from this vote because of his proximity to the park. The remainder of the anticipating funds will go for fair housing and program administration.