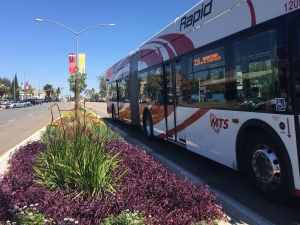 July 15, 2017 (San Diego) – California’s Supreme Court has ruled 6 to 1 in favor of the San Diego Association of Governments, finding that an environmental impact study for the 2050 Regional Transportation Plan is legal and complied with state law on climate change concerns. The ruling overturned only the greenhouse gas study challenge, but upheld a decision by an appellate court that ruled against SANDAG on other issues.