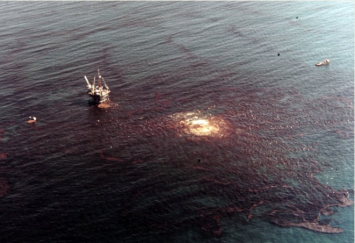 January 5, 2018 (Washington D.C.) – Secretary of the Interior Ryan Zinke yesterday issued a sweeping proposal to open up 98% of all outer continental shelf areas for offshore oil drilling -- including off San Diego’s coastline.  By contrast, drilling is currently allowed in only 6% of those areas.

The proposal, which also includes plans to drill in the Arctic, elsewhere along the west coast, the Atlantic coast and the Gulf coast, has drawn strong opposition from environmental groups and from California’s Attorney General.  View map of proposed drilling sites. The public will have an opportunity to weigh in however in public comments and public meetings to be held around the country.  A schedule of those meetings will be posted here.  Online comments at regulations.gov will be accepted starting January 8th.

Secretary Zinke says the action is important to the economy and security of the U.S.

Vincent DeVito, counselor for energy policy at the Interior Department, states, “By proposing to open up nearly the entire OCS for potential oil and gas exploration, the United States can advance the goal of moving from aspiring for energy independence to attaining energy dominance. This decision could bring unprecedented access to America’s extensive offshore oil and gas resources and allows us to better compete with other oil-rich nations.”

But environmental groups contend the Trump administration is putting corporate profits above the public interest.  “It couldn’t be clearer—they are ignoring science and rejecting public input to sell out our oceans for Big Oil’s profits,” says Brooke Still, senior digital campaign manager with the League of Conservation Voters.  “One oil spill from offshore drilling could wipe out livelihoods and critical natural resources for generations.”

She adds, “Unfortunately, catastrophic oil spills will be even more likely given that the Trump administration is simultaneously moving to gut commonsense offshore drilling safety standards put in place in the wake of the Deepwater  Horizon tragedy. This is beyond reckless!” Moreover, still observes, “Intensifying coastal drilling is out of step with our nation’s transition to clean energy and action on climate change.”

The League of Conservation Voters has an online petition people can sign opposing the opening of these areas to offshore drilling. The petition will be sent to President Trump and Secretary Zinke.

Sierra Club executive director Michael Brune states, “The Pacific has been off-limits to new offshore drilling for decades. We can’t let the next BP or Exxon disaster happen here…We’re prepared to fight and stop this giveaway to Big Oil with everything we have: with our legal team, our legislative advocates, and good old-fashioned grassroots muscle…There’s just too much at stake—tourism, vulnerable species like the blue-whale—to let Trump and his crony cabinet sell our precious coastline to the highest bidder.”

California Attorney General Xavier Becerra calls drilling off California’s coast a “non-starter,” adding, “Our State has banned offshore drilling for a reason: because we don’t want it and because we know what happens when it goes wrong. We are evaluating all of our options to protect our State’s pristine national resources. And it should be underscored that regulatory agencies in our State will have a say in whether any offshore drilling ultimately does occur. Irrespective of the Trump Administration’s backwards action today, California will continue to lead the way on reducing our dependence on fossil fuels.”