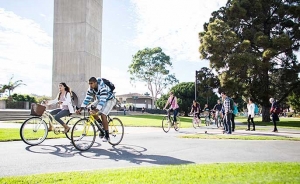 “We are doing this as a good-faith gesture, optimistic that the ongoing negotiations will bear fruit,” Napolitano said, the Sacramento Bee reports.  She added that the move aims to provide fairness to students enrolling in the summer free of “uncertainty and unpredictability inherent in a fluid and still unresolved budget situation.”

Speaker Toni Atkins (D-San Diego) , who opposed the rate hikes, issued a statement praising the decision, adding,  “With the Assembly beginning our top-to-bottom review of UC’s budget today, I am sure we will be able to identify savings, as well as increased state funding, that will help ensure UC remains a world-class treasure.”

The rate hikes had sparked protests on campuses across California.