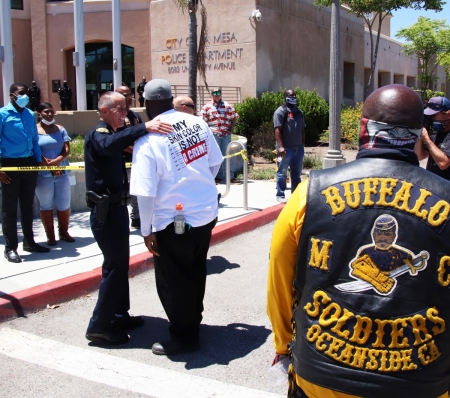 June 14, 2020 (La Mesa) -- Before you could see them, you could hear them.  With a rumble that made the air vibrate, over 215 motorcyclists from approximately 15 motorcycle clubs rolled into the parking lot across the street from the police station in La Mesa. The riders joined another 150 protesters who were waiting at the parking lot for what was billed as a “Unity Ride Meets Unity Protest”.

This was the very site of the now infamous clash between La Mesa police and protesters that happened on Saturday, May 30 during the national protests over police violence prompted by the killing of George Floyd by a Minneapolis officer now charged with murder.