November 13, 2015 (San Diego) – Hundreds of San Diego State students, white and black, joined together yesterday in a rally to support black students facing extreme racism and death threats at Missouri State University, which has been in lockdown amid racial strife. 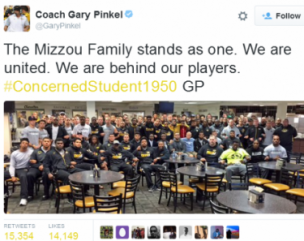 November 10, 2015 (Columbia, Mo.) -  Just one year after the shooting of an unarmed black man in Ferguson, the nation's collective eyes are again focused on Missouri. This week, students at the University of Missouri successfully pushed for resignation of the campus president following his failure to halt racial slurs on campus. 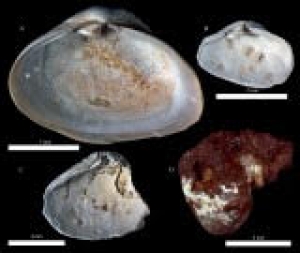 January 14, 2015 (Columbia, MO)--– When seeking clues about the future effects of possible climate change, sometimes scientists look to the past. Now, a paleobiologist from the University of Missouri has found indications of a greater risk of parasitic infection due to climate change in ancient mollusk fossils. His study of clams from the Holocene Epoch (that began 11,700 years ago) indicates that current sea level rise may mimic the same conditions that led to an upsurge in parasitic trematodes, or flatworms, he found from that time. He cautions that an outbreak in human infections from a related group of parasitic worms could occur and advises that communities use the information to prepare for possible human health risks.