The outreach campaign was created to combat an unintended consequence of COVID-19 public health measures— an alarming rise in domestic violence with victims trapped at home with their abusers under increasing stress. The National Domestic Violence Hotline (www.thehotline.org or 800.799.SAFE [7233]) has reported an increase in contacts to the hotline during COVID-19. Reports show...

that physicians are treating more domestic violence injuries and that these injuries are more severe. According to the CDC, roughly one in six homicide victims are killed by an intimate partner. Research further shows that abusers with a gun in the home are five times more likely to kill their partners than abusers who don’t have access to a firearm. Under federal law, it is illegal to possess a firearm if you are a felon, and the United States Attorney’s Offices prioritize prosecuting individuals with domestic violence felony convictions who possess a firearm.

According to the criminal complaint, the restraining order explicitly prohibited Fischbeck from possessing firearms. On January 1, 2020, Fischbeck was arrested after violating the restraining order a second time. At the time of Fischbeck’s arrest, a Springfield XD .45 caliber handgun was found in his car. He was then charged federally for several federal firearms offenses. Fischbeck recently pleaded guilty in federal court to being a methamphetamine addict while in possession of the Springfield handgun, in violation of Title 18, United States Code, Section 922(g)(3). Fischbeck was set to be sentenced yesterday, November 2, 2020, in U.S. v. Fischbeck, 20-CR-479-LAB, but information on the sentencing was not found readily available online. 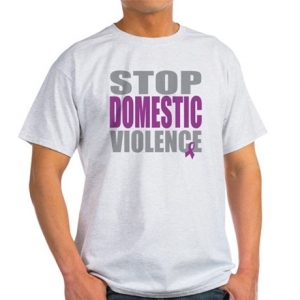 The focus on domestic violence and firearms is rendered even more critical in light of recent crime data. In September, a report by the San Diego Association of Governments, also known as SANDAG, revealed that the San Diego region saw a 3 percent increase in domestic violence in the first half of 2020 over the same period last year. SANDAG’s data shows more notable increases in domestic violence in certain local communities: Santee (18 percent); El Cajon (18 percent); and National City (74 percent). Meanwhile, statistics cited by the National Coalition Against Domestic Violence indicate that one in three female murder victims are killed by intimate partners and that an abuser’s access to a firearm increases the risk of femicide significantly.

"Domestic violence plays a significant role in how we prioritize federal prosecutions," said U.S. Attorney Robert Brewer of the Southern District of California. "We frequently consider past domestic violence arrests and convictions in both firearms and immigration prosecutions. That type of criminal history serves as a possible indication of anger and impulse control issues, which makes a defendant a larger threat to public safety, especially when a firearm is present. As a result, the Department of Justice has urged all U.S. Attorneys to aggressively prosecute firearms violations in order to disrupt the escalating cycle of violence."

According to Childhelp Founder & CEO, Sara O’Meara, "The partnership of California’s safety leaders with Childhelp to secure children during COVID-19 is a model for child welfare across the country. All these huge hearts coming together to find children trapped in the shadows of abuse will not only save lives, but create a culture of compassion that will exist long after this virus is behind us."

The campaign includes a video public service announcement (see https://youtu.be/QwWHxAFTRK8) and public awareness messages posted on Facebook, Twitter, and other social media platforms with a new post made each day for one week. The posts provide information for victims with resources, such as 24-hour hotlines and other services vital to reporting abuse. The posts also provide tips for concerned friends, relatives, and educators on how they can help victims of abuse. This outreach campaign follows a July campaign addressing domestic violence and child abuse and exploitation by U.S. Attorney Scott, Childhelp, and the District Attorneys of Alameda, Sacramento, and San Diego counties.