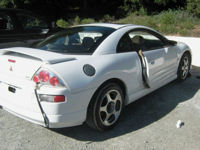 June 27, 2012 (San Diego)--U.S. Border Patrol agents prevented two drug smuggling attempts last week resulting in the seizure of cocaine and methamphetamine worth an estimated $344,650, the U.S. Border Patrol has announced. The seizures were made on checkpoints in San Diego’s East County and North County.
The first smuggling attempt occurred around 11 a.m. on Thursday at the Interstate 5 checkpoint near San Clemente. During inspection, agents encountered a 20-year-old male United States citizen on a bus and became suspicious of the man’s nervous demeanor. The man was referred for a secondary inspection.

Agents subsequently discovered two bundles of cocaine taped to the man’s body. The cocaine weighed 4.63 pounds and had an estimated street value of $46,300. The suspected smuggler and narcotics were turned over to the Drug Enforcement Administration. 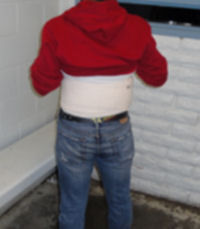 A second event occurred on Sunday at about 3:45 p.m. Agents encountered a 26-year-old male United States citizen driving a white 2000 Mitsubishi Eclipse at the Interstate 8 checkpoint near Pine Valley. During inspection, agents became suspicious of the driver and his male passenger and referred them for a secondary inspection. A Border Patrol K-9 performed a cursory inspection of the vehicle resulting in an alert. 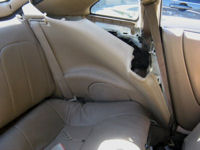 Agents searched the vehicle and discovered seven bundles of crystal methamphetamine in the driver and passenger rear quarter panels. The methamphetamine weighed 19.89 pounds and had an estimated street value of $298,350. The suspected smugglers and narcotics were turned over to the San Diego Sheriff’s Department for further investigation. The vehicle was seized by the U.S. Border Patrol.
To report suspicious activity to the U.S. Border Patrol, contact San Diego Sector at (619) 498-9900.