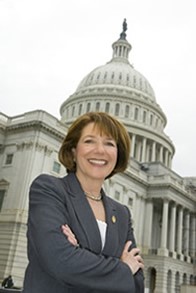 Davis, a Democrat who serves on the influential House Armed Services Committee, described the reports of Russian hacking as “chilling.”