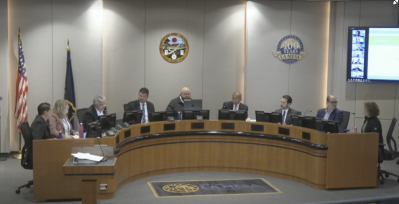 Those checks will be cut from the federal funds the city is receiving through the American Rescue Plan Act (ARPA). The bonuses were approved by a three-two vote at the La Mesa City Council meeting on March 22, in a package that also included support for entrepreneurship and housing programs, and backfill of the City revenue lost to unbudgeted costs of the pandemic.

The ARPA stimulus package passed by Congress in 2021 seeks to inject $1.9 trillion into the American economy, with a historic $350 billion going straight to state, local, and tribal governments. La Mesa was allocated the first half of its $10.8 million share last May, and will receive the second half this May.

At the recommendation of the ad hoc committee composed of Mayor Mark Arapostathis and Vice Mayor Jack Shu, the City Council appropriated $1.4 million of their ARPA funds in June of 2021. With the recent vote on phase two, the City added another $1.8 million to that total.

The usage for over 70 percent of the City’s share remains undetermined, and will be decided during the next allocation phases.

City Councilmembers were in general agreement on phase two, but the vaccination bonuses ended up splitting the vote. 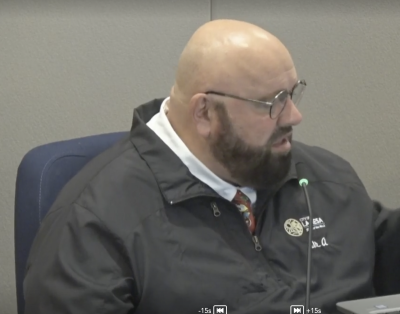 “We want a healthy workforce,” said Vice Mayor Shu. “Anything we can do to encourage that to happen, helps us.”

He also emphasized that incentives to be healthy are not unusual in government, and that it helps show appreciation.

City Manager Greg Humora estimated that 30 percent of city employees were unvaccinated, but stressed that they freely self-report, so there is no verified number.

Councilmember Parent echoed the sentiment of gratitude to city staff who worked through the pandemic, and reminded the dais that the financial incentive would not be mandatory to take.

However, not all agreed with these explanations.

“I don’t understand why City employees are getting stipends when they never lost a dollar during COVID,” reasoned Councilmember Lothian during deliberations. “I don’t think that’s right when, again, public sector [workers] never lost a paycheck.”

She cited how unlike others, government employees were able to keep their salaries, pensions, and insurances during the pandemic, and claimed that in some places around the country, they slacked off.

She joined Councilmember Baber in requesting that all employees be given the same amount, so that more money could be directed at the public.

“I support giving it to every employee,” said Baber, expressing his discomfort with rewarding and punishing vaccinations. “I don’t really want to make a vaccination evaluation.”

Assistant City Manager Carlo Tomaino, who presented the ARPA material at the meeting, tried to alleviate any doubts about the allocations.

“This is a different source of funding that is intended to help mitigate losses to the general fund, which is how we provide most of our municipal services,” he said.

In the end, Councilmembers Lothian and Baber supported the other components to the spending, but were compelled to vote no on account of the vaccine bonuses.

The other components approved by the three-two vote included $800,000 in support for the La Mesa Entrepreneurship Accelerator Program (LEAP) and another $800,000 for the Homeless Outreach and Mobile Engagement (HOME) program, of which over one quarter comes from CDBG grant funding as well.

James Sly, who will oversee LEAP in La Mesa as President and CEO of the East County Economic Development Council, assured the City Council that the program commits to attracting new ideas that have local demand. According to Sly, the program will do so without displacing or overly competing with current businesses, using “gap analysis.”

Mr. Tomaino explained that as per the final rule from the Department of the Treasury, the eligibility requirements for cities’ first $10 million in ARPA spending are fairly flexible. Besides paying for pensions, bonds, and other debts, municipalities like La Mesa can use the funds at their discretion via their general fund — up to the $10 million cap, at which point more rules kick in.

Still, Mayor Arapostathis wants to proceed without too much creative spending, in case of any financial questioning down the road.

“Even though the state has relaxed some of the regulations, there are still regulations and its categorical,” said the Mayor. “We’re following the letter of the law, just in case there’s some type of audit,” he continued. “We’re coloring inside the lines, is what I’m saying.”

“We’ve got 7.5 more million dollars and we’ve already seen most of it going towards government,” reiterated Councilmember Lothian later in the meeting. “When I really think it was meant to help the people who suffered the most — which was the private sector during COVID.”

At the next City Council meeting on April 12, Councilmember Lothian readdressed the item, issuing the following verbal statement:

“It’s come to my attention that some comments I made angered and offended some of our La Mesa city employees. So I want to take this public moment to let [them] know that I think they are very professional, helpful and competent, and nothing I said in the last meeting was meant to construe anything different than that. I was simply making comments about the best and fairest use of ARPA funds. If any city employees felt offended or angered in any way, I do apologize.”

The City Council is adjourned until their next meeting on April 26.