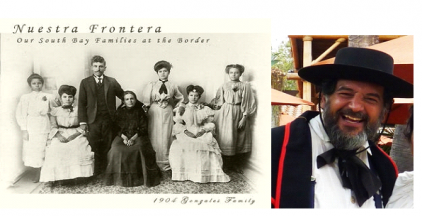 Hear our interview with Victor Crosthwaite Contreras, an actor, writer, historian and educator bringing to life early Californians from our region. Click here to listen to our interview on KNSJ 89.1 FM, and scroll down for details.

June 25, 2019 (San Diego) – In celebration of San Diego’s 250th anniversary, the Bonita Museum & Cultural Center (4355 Bonita Rd., Bonita) will present “Nuestra Frontera: Our South Bay Families at the Border” June 29 through August 24.  In addition a Bonita Fest comunity celebration on July 6 will include historical reenactments. There is also a June 29 fundraiser slated to raise funds in support of these historical celebrations.

We sat down for an interview with Victor Crosswaite Contreras, a professional actor, writer, historian and educator who is a direct descendant of early Spanish soldiers heping to bring our region's colorful past to live through historical reenactments.

At BonitaFest, he will be playing the role of another of his ancestors, Bonifacio Lopez, known as the “cattle king.”  San Diego’s cattle industry was once key to the world economy,  Contreras notes, providing hide and tallow globally. 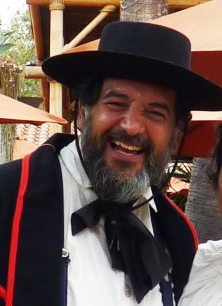 May 6, 2018 (San Diego) – Victor Crosthwaite Contreras, an actor, educator and descendant of two Spanish soldiers who served at the San Diego Presidio, sat down with East County Magazine on KNSJ Radio for an interview about a script-writing competition that seeks to depict historical characters from the 1800s in our region.

Hear his interview, along with his dramatic historical interpretive reading of infamous bandito Joaquin Murrieta on whom the legend of Zorro was based, by clicking the audio link. Fior more information, scroll down.