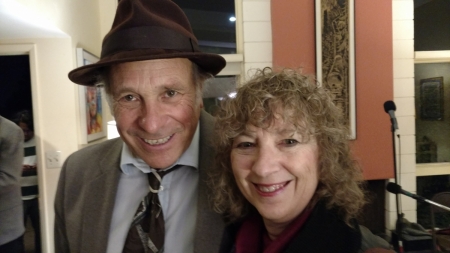 January 24, 2016 (San Diego) - “I want to report on the theft of the 2016 election before it happens,” famed investigative reporter Greg Palast said at a benefit event for KNSJ radio in La Jolla on January 10th.  He then proceeded to detail the shocking findings of his latest investigation, which will be the subject of an upcoming film, “The Best Democracy Money Can Buy:  A Tale of Billionaires and Ballot Bandits.”

The heist involves a conspiracy in red states to toss out millions of minority voters by falsely claiming they voted twice. How?  By eliminating  voters with the same or similar names in different states – even if they have different middle names or different Social Security numbers, or tossing out their votes if cast.  Voters are never informed that they’ve been disqualified, or given any chance to correct errors.  The effort, according to Palast’s investigation, is funded by billionaire backers of the Republican party.

The scam targets African-Americans, Latinos, Muslims and other likely Democratic voters with common names such as “Jose Rodriguez” and “Mohammed Mohammed” said Palast, who brought copies of purged voter lists he obtained.  Despite accusations against millions Americans of alleged double voting, not a single one has been arrested or prosecuted, Palast says.