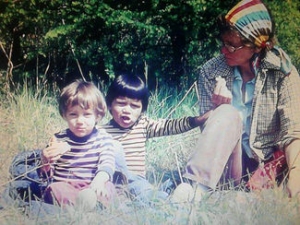 An interview with Wayne William Smoke-Snellgrove

"The hardest thing I ever did in my whole life was to grow up."

February 7, 2015 (San Diego's East County) - The tone of my friend, Beaded Wing's, email was excited: "You really need to talk to this brother and write his story. I've already told him you'll be contacting him."

"Brother" or otherwise, I wondered what he could share that I had not heard before. But, when Wayne William Snellgrove  mentioned the term "60's Baby Scoop" during our first telephone conversation, I knew that his story would be as riveting as any tale of fiction in its unearthing of an era largely cloaked in secrecy.