Reprinted with permission from Voice of San Diego: 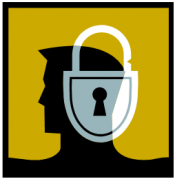 July 17, 2012 (San Diego)--The Brown Act is the state’s open meeting law that requires local governments to prepare and post agendas for public meetings and disclose decisions made in closed meetings. The state will reimburse the entities required to comply with the Brown Act for the costs associated with these requirements because they are considered to be a state mandate.

Open meetings would mean little without public notice of where and when they are scheduled and what business is to be addressed, or if actions taken after deliberation in closed session were never to be revealed.

The fact that many, if not most, local agencies pledge to continue complying with the agenda and disclosure requirements voluntarily is heartening, but will be of no consolation if and when an agency decides, for whatever reason, not to provide meaningful disclosures on an agenda or after a closed session. In such cases the public will have no basis for challenging the secrecy and no remedy for correcting it.

If agendas are not required to be posted, how can people even know what's going on? And even if cities and counties say they will comply, without a legal remedy it's meaningless.

This issue can be solved by taking some simple actions. On a local level, City Councilwoman Marti Emerald is working to have the matter docketed at city council on July 24 to ensure that in the city of San Diego, the Brown Act noticing requirements and all legal remedies will be enforced.

Send her an email letting her know that you support her action to have the Brown Act issue placed on the City Council docket for July 24 to ensure that the city will continue its compliance with the current Brown Act posting and action disclosure requirements and their enforceability by any of the judicial remedies provided in the Brown Act.

On a state level, there is legislation available to permanently correct this problem. Sen. Leland Yee’s Senate Constitutional Amendment (SCA) 7 would place on the statewide ballot a simple constitutional requirement: “Each public body shall provide public notice of its meetings and shall publicly disclose any action taken.” If approved by the voters, it becomes the law and could not be “suspended” again without a vote of the public.

The bill is stuck in the Appropriations Committee, but that committee, by a majority vote, can pass it and send it to the Assembly floor. It seems like some kind of political influence has stopped Sen. Yee’s bill from moving forward for a vote, but you can help apply public pressure to change that.

You can send Assemblyman Felipe Fuentes, chair of the Assembly Appropriations Committee, and Speaker of the Assembly John Perez an email asking that they free SCA 7 (Yee) from the Appropriations Committee suspense file and allow the bill to go to the full Assembly for a vote. SCA 7 is the only means of providing a permanent, express mandate for public notice of the meetings of public bodies and public disclosure of actions taken in their closed sessions — a mandate that will not be subject to suspension with the vagaries of state finances.