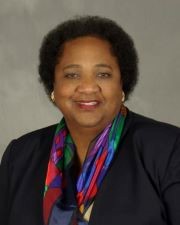 April 15,2015 (San Diego)--Assemblywoman Shirley Weber, a San Diego Democrat and African-American, has introduced two bills aimed at stopping  racial profiling and bringing accountability to shootings by police.  The measures are sponsored by the American Civil Liberties Union, or ACLU.

Assembly Bill 619  would require the Attorney General to publish a report on how many people die in police custody and send that report to the Legislature. Assembly Bill 953 would establish a Racial and Identity Profiling Advisory Board and also require local police departments to report data on traffic and pedestrian stops to the state Attorney General’s office.

On Monday, supporters rallied outside the state capitol in Sacramento to urge passage of the bills, which come in the wake of numerous widely publicized police shootings of unarmed African-Americans.

But representatives from law enforcement groups claimed the legislation would bog down police with excessive paperwork that could take police officers off the streets to meet the standards, the Sacramento Bee reports.

"In recent months, the deaths of unarmed black men and other people of color by police have forced us to confront some ugly truths about the persistence of racial bias in law enforcement," Weber said. "One of our best defenses is information. Currently, this information on these incidents isn't provided publicly in a comprehensive way. The goal is to reestablish trust between law enforcement and communities of color. If we have data collected and published on these incidents as required by AB 953 and AB 619, we can shed light on the scope of these problems and hold those bad officers and departments accountable, while also finding a set of best practices when law enforcement gets it right."