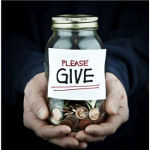 November 17, 2011 (San Diego) – Wells Fargo & Company announced today that its team members donated $545,000 to nonprofit organizations and schools in San Diego, Imperial, Riverside and San Bernardino Counties as part of the company’s annual Community Support and United Way Campaign.  All donations were funded personally by team members. This year’s campaign resulted in a 22% percent year-over-year increase in donations from 2010.

Top nonprofit recipients of team member donations included Girl Scouts of San Diego and Imperial Counties, Challenged Athletics Foundation in San Diego, Riverside Humane Society for the Prevention of Cruelty to Animals, and Humane Society of San Bernardino Valley.
“With our neighbors suffering during this prolonged economic downturn, the generosity of our team members continues to be a point of pride for Wells Fargo.  Year after year, they respond with empathy and leadership by donating their time and money to make a difference in people’s lives,” said Kim Young, Wells Fargo’s Southern California Regional President. “Our team members’ deep commitment to our community explains why Wells Fargo, the nation’s 12th largest employer, has been United Way’s No. 1 largest corporate campaign over the past two years nationally.”
The annual Community Support and United Way Campaign encourages team members to give in ways that mean the most to them – whether it’s getting out in the community to volunteer for their favorite nonprofit or through financial contributions to any nonprofit, school or religious institution of their choice.  One hundred percent of team member donations go to the organizations they choose. Wells Fargo pays all processing costs, and matches gifts up to $5,000 per team member to qualifying schools.
Companywide, team members donated a record $41.6 million to 28,000 nonprofits and schools during the Campaign, up 13 percent over 2010. Wells Fargo team members invest in nonprofits throughout the year.  To-date, including the Campaign, team members have donated $63.9 million of their own dollars to nonprofits, a 15 percent increase over 2010, and the ninth straight year of year-over-year double-digit increases in pledge totals.
About Wells Fargo
Wells Fargo & Company (NYSE: WFC) is a nationwide, diversified, community-based financial services company with $1.3 trillion in assets. Founded in 1852 and headquartered in San Francisco, Wells Fargo provides banking, insurance, investments, mortgage, and consumer and commercial finance through more than 9,000 stores, 12,000 ATMs, the Internet (wellsfargo.com andwachovia.com), and other distribution channels across North America and internationally. We want to help all of our customers succeed financially and create long-term economic growth and quality of life for everyone in our communities. In 2010, the Company invested a record $219 million in grants in 19,000 nonprofits, and team members contributed more than 1.3 million volunteer hours around the country.  For more information, please visit: www.wellsfargo.com/about/csr.