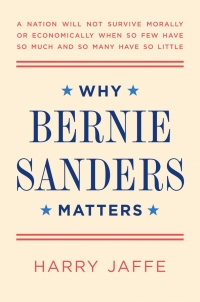 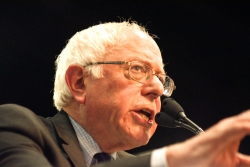 "A nation will not survive morally or economically when so few have so much and so many have so little." -- Bernie Sanders (photo, right, by Ron Logan at San Diego rally)

April 14, 2016 (San Diego’s East County)--Radical, hippy, revolutionary, self-proclaimed democratic socialist. Hot from the campaign trail, a vivid new biography goes inside Bernie Sanders’ contradictions, his unusual life, and his electrifying quest to make the American dream a reality for all. This unauthorized biography by Harry Jaffe gives us insight into this man running against Hillary Clinton for the Democratic candidacy for President of the United States.